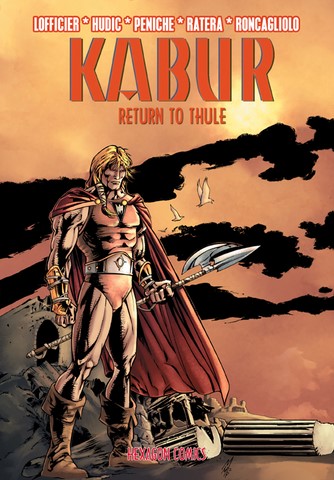 AT THE BOTTOM OF THE MURKY SEA art by Marta Bonfil


One hundred million years before the world we know, the continent of Hyperborea existed. Kabur, the rebellious young prince of Ultima Thulé and his companion, the beautiful ex-slave girl Lagrid, thrived there.

After defeating an evil doppelganger, Kabur must now return to the city of his birth from which he was banished by his father, the King. The journey, however, is long and fraught with many perils!

In this collection of three new episodes, Kabur will successively encounter the diabolical wizard Volodyne, his childhood love, Princess Kimera, before finally returning to the court of Thulé and reconciling with his father.